cancel confirm NSFW Votes: (0 votes)
Are you the publisher? Claim or contact us about this channel.
0
Showing article 5955 of 7783 in channel 2005632
Channel Details:
Viewing all articles
Browse latest Browse all 7783
0
0 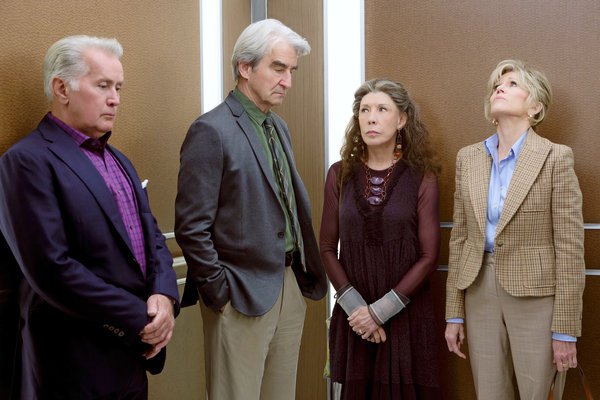 Netflix's Grace and Frankie, which stars Lily Tomlin and Jane Fonda (in an almost-9 to 5 reunion) as frenemies forced to support each other when their husbands (Sam Waterston and Martin Sheen) come out as gay and plan on marrying, was just renewed for a second season. According to executive producer Marta Kauffman (one of the creators of Friends), that decision might have been in part due to an unlikely source: Miley Cyrus, who tweeted in support of the show recently. All power to Miley Cyrus!

I found my show! #GraceandFrankie💖 on a bender! Jane & Lily are so bad a$$!

Except not really. As fun as it would be to believe that Miley Cyrus' Twitter was single-handedly responsible for bringing Grace and Frankie back, it probably was not. Every Netflix original series has been picked up for a second season, even the extremely bloated, terrible ones that no one watches, largely because the initial investment on making the show is substantial enough that there's no reason not to give it another few episodes to build an audience. (Particularly when Netflix isn't dependent on the immediacy of Nielsen ratings.) You'll also notice that Kauffman thanks Ted Sarandos, Netflix's Chief Content Officer (and the man largely responsible for the fourth season of Arrested Development) before Miley.
Sorry to spoil the fun, but there is another possible benefit to connecting Miley with Grace and Frankie -- maybe she'll get to act on the show's second season?